CBD is derived from agricultural hemp, a renewable plant resource. CBD stands for “cannabidiol” and refers to a portion of the hemp plant that does not contain the psychoactive substance THC normally associated with recreational marijuana use. In other words, CBD does not produce euphoria or get you “high.” 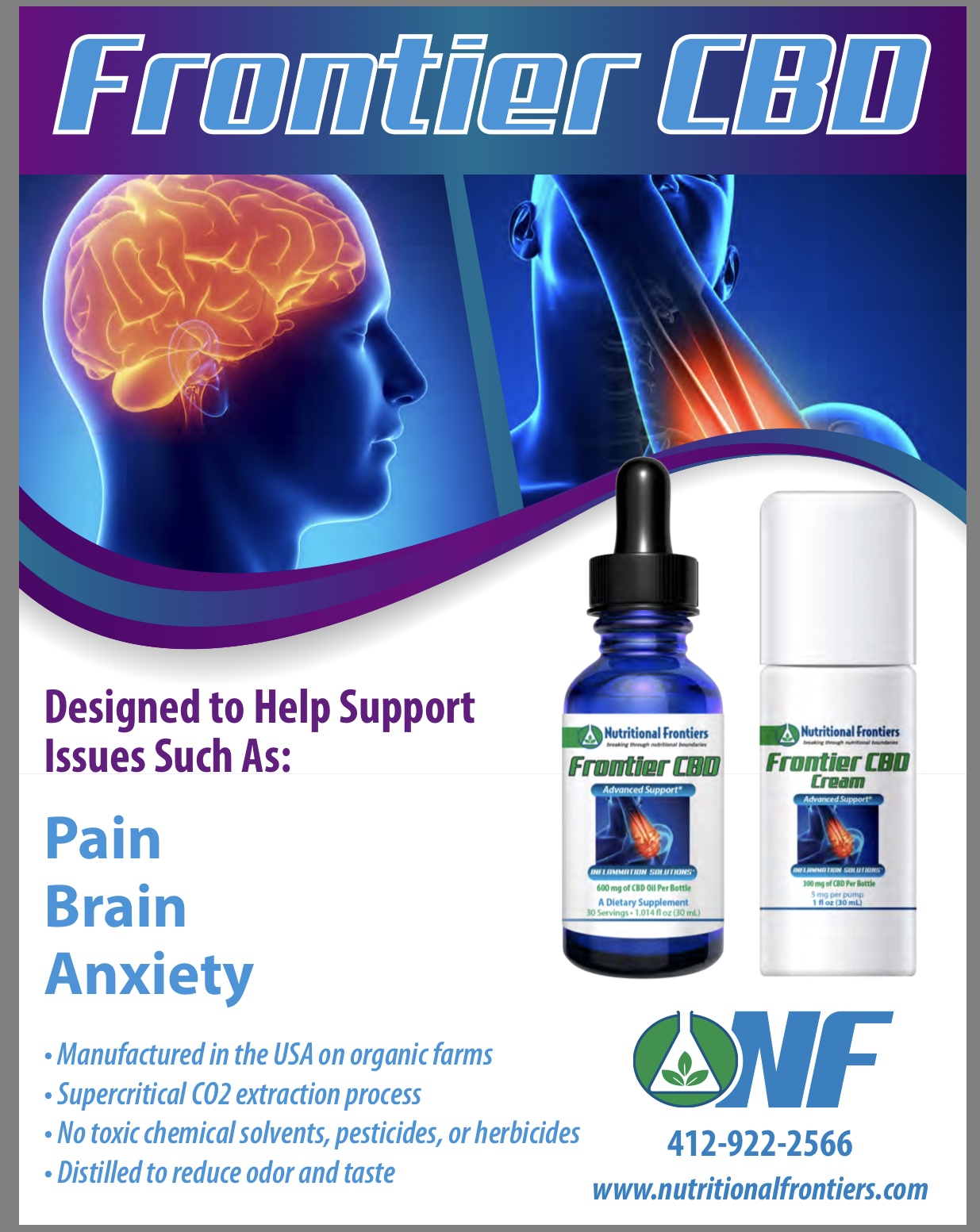 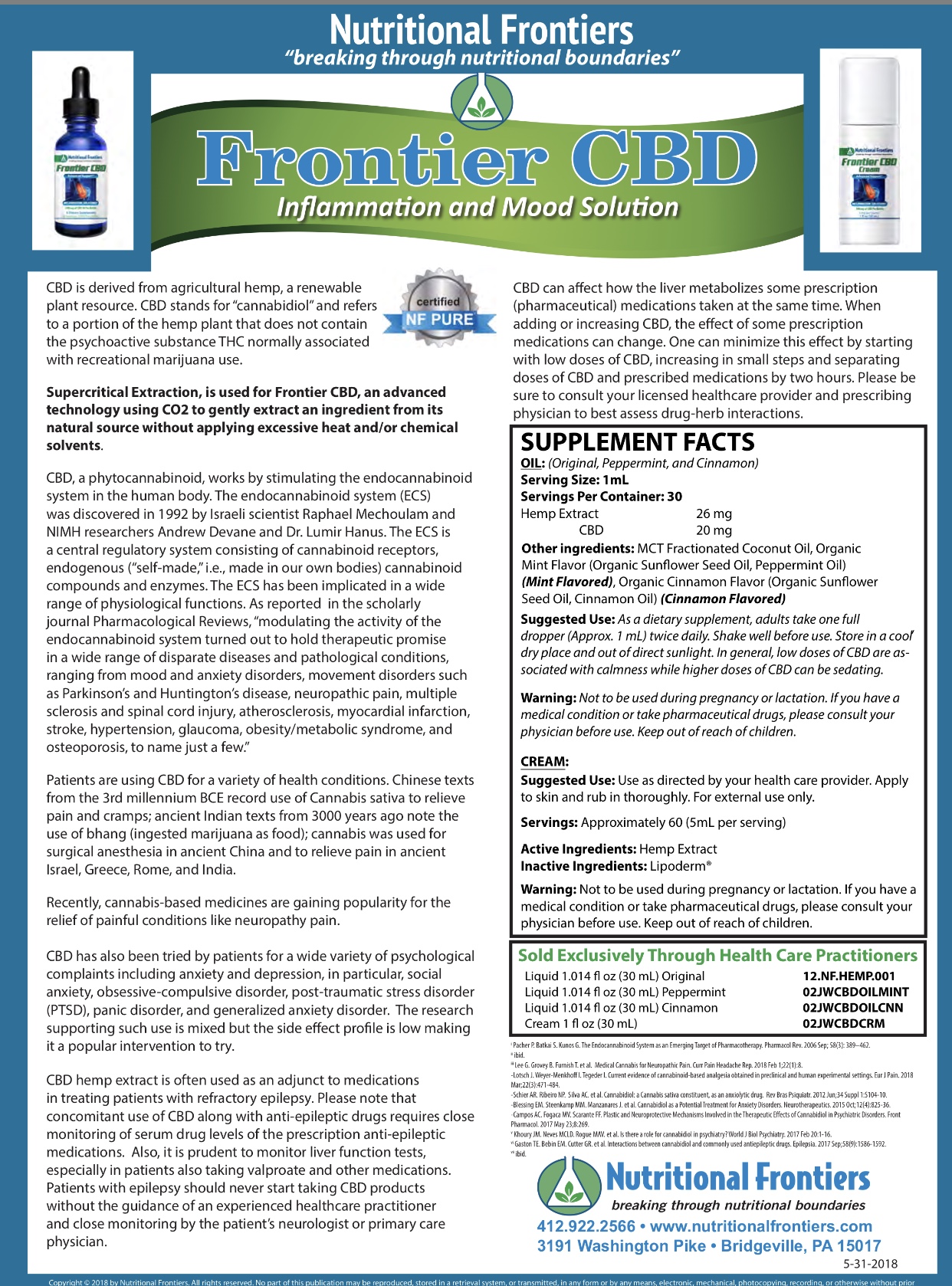 CBD, a phytocannabinoid, works by stimulating the endocannabinoid system in the human body. The endocannabinoid system (ECS) was discovered in 1992 by Israeli scientist Raphael Mechoulam and NIMH researchers Andrew Devane and Dr. Lumir Hanus. The ECS is a central regulatory system consisting of cannabinoid receptors, endogenous (“self-made,” i.e., made in our own bodies) cannabinoid compounds and enzymes. The ECS has been implicated in a wide range of physiological functions. As reported in the scholarly journal Pharmacological Reviews, “modulating the activity of the endocannabinoid system turned out to hold therapeutic promise in a wide range of disparate diseases and pathological conditions, ranging from mood and anxiety disorders, movement disorders such as Parkinson’s and Huntington’s disease, neuropathic pain, multiple sclerosis and spinal cord injury, atherosclerosis, myocardial infarction, stroke, hypertension, glaucoma, obesity/metabolic syndrome, and osteoporosis, to name just a few.”

Patients are using CBD for a variety of health conditions. Some of these are supported by research and some just by anecdotal evidence. For example, Chinese texts from the 3rd millennium BCE record use of Cannabis sativa to relieve pain and cramps; ancient Indian texts from 3000 years ago note the use of bhang (ingested marijuana as food); cannabis was used for surgical anesthesia in ancient China and to relieve pain in ancient Israel, Greece, Rome, and India.

Recently, cannabis-based medicines are gaining popularity for the relief of painful conditions like neuropathy pain. Research results vary, complicated by the fact that studies use a wide range of cannabis products, doses, and delivery methods.

CBD has also been tried by patients for a wide variety of psychological complaints including anxiety and depression, in particular, social anxiety, obsessive-compulsive disorder, post-traumatic stress disorder (PTSD), panic disorder, and generalized anxiety disorder. The research supporting such use is mixed but the side effect profile is low making it a popular intervention to try.

CBD hemp extract is often used as an adjunct to medications in treating patients with refractory epilepsy. Please note that concomitant use of CBD along with anti-epileptic drugs requires close monitoring of serum drug levels of the prescription anti-epileptic medications. Also, it is prudent to monitor liver function tests, especially in patients also taking valproate and other medications. Patients with epilepsy should never start taking CBD products without the guidance of an experienced healthcare practitioner and close monitoring by the patient’s neurologist or primary care physician.

CBD can affect how the liver metabolizes some prescription (pharmaceutical) medications taken at the same time. When adding or increasing CBD, the effect of some prescription medications can change. One can minimize this effect by starting with low doses of CBD, increasing in small steps and separating doses of CBD and prescribed medications by two hours. Please be sure to consult your licensed healthcare provider and prescribing physician to best assess drug-herb interactions.

Cannabidiol (CBD) is a compound found in the cannabis sativa plant. CBD belongs to a class of molecules called cannabinoids.

CBD stimulates the release of our natural endocannabinoids 2-AG and anandamide. CBD also inhibits the enzyme that metabolizes and destroys anandamide. By doing so, CBD enhances the body’s innate protective endocannabinoid response.

CBD was isolated in 1963, lacks psychoactivity, and does not appear to bind to CB1 or CB2 receptors, but rather interacts with a multitude of various ion channels, enzymes, and other receptors that are felt to explain its potential analgesic, antiepileptic, anti-nausea, anti-emetic, anti-inflammatory, anxiolytic, anti-psychotic, and anti-ischemic properties. Its potential analgesic and anti-inflammatory effects are mediated by both cyclooxygenase and lipoxygenase inhibition, and its antiinflammatory effect is several hundred times more potent than aspirin in animal studies. CBD also has strong anti-oxidant actions, more potent than α-tocopherol and ascorbate, and has been shown to reduce NMDA, α-amino-3-hydroxyl-5-methyl-4-isoxazole-propionate, and kainate receptormediated neurotoxicities.

THESE STATEMENTS HAVE NOT BEEN EVALUATED BY THE FDA AND ARE NOT INTENDED TO DIAGNOSE, TREAT OR CURE ANY DISEASE. ALWAYS CHECK WITH YOUR PHYSICIAN BEFORE STARTING A NEW DIETARY SUPPLEMENT PROGRAM.

Accessibility by WAH
Call Us Text Us